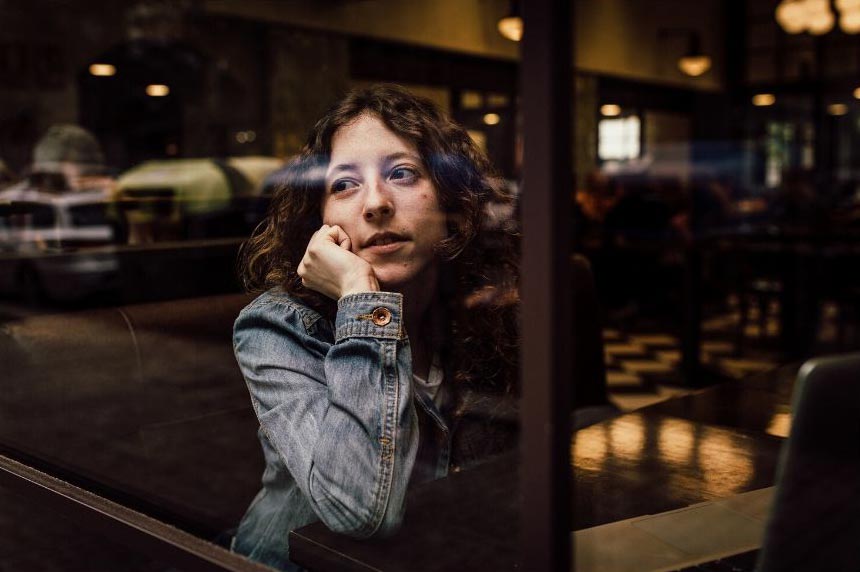 Lucy* is one of our growing number of women clients, here she bravely shares her experiences of homelessness, substance misuse and how we have been able to accommodate and support her as she recovers.

“I first went into rehab in June 2015, because I'm
an alcoholic. I was fired three times from the same job, because they wanted me back, but they didn't want me in the kind of state I was in, I suffer from mental health illnesses and eating disorders. So it was all a very mixed bag, really, in terms of ways work could support me.

As much as my family could support me, you get to a point in time where everyone really has to take a step back because there's only so much support they can give. And it's kind of a sense of tough love, and
you can't really support someone who doesn't want to help themselves. No one could really support me anymore, but I knew my sister was here and there's a good support network, so I felt safer here than I did anywhere else.

I always knew I had a problem. From age 18, I always knew, but I didn't think that I'd ever end up sleeping in a doorway. I didn't really want to live anymore at all.
I kind of just gave up on myself. I ended up sleeping behind the Magistrates court. I just didn't really feel anything. I'd kind of just shut myself off completely from everyone and everything and I'd just given up. I just didn't care. I had a rash on my face from being outside.

When I came to Homeless Oxfordshire I was appointed a key worker, who at the time was Dee, and she was absolutely fantastic. And she just made me feel like a person again. I suppose when you've just lost all hope, it's so important just to have someone just to listen.

There's just such support here. It's just incredible and that’s from the key worker to the guys on reception. The night staff even, because I'm a bit of a worrier, I'll panic at the strangest of time. So even on setup up, I'd get up at three o'clock in the morning with something in my head, and I'd come out and be like, "Oh, I'm panicking." And they'd just have a chat, just a normal chat. And it's so vital when you're in that position and you just don't care anymore, just to have someone to talk to. I can only blame myself for where I am and what I've done, and who I've let down. So just to sit down with my key worker and be reminded that, actually you are still a person and you should have hope. And she kind of instilled that in me.

I can't put it into words really. It's such a just incredible place full of such staff who are... don't make me cry now. They're just so understanding and supportive.

And I don't think Oxford could really run without them. I know they couldn't because you couldn't find this kind of team anywhere else. They've got such passion for people, that you couldn't beat
them at all.

Where I am at the moment? A positive place.

They opened doors for people, they really do. And they make things achievable and possible, and they point you in the right direction, and they've never left me just to my own devices, as it were. Not that I'm not capable, or well hopefully one day I will, but you know, I always know that I can come back even when I'm not living here, just to be reassured that I'm still a proper person inside.

And now I find myself in a fantastic house through Homeless Oxfordshire. And with all the support to help me move forward.

So to be homeless you just need somewhere like Homeless Oxfordshire to give you that support and give you that hope, because I know it's cheesy, but hope, means pain ends. And it's that that this place gives.

Support Homeless Oxfordshire as much as possible, because they keep people alive.”

*Names of individuals have been changed to protect their privacy