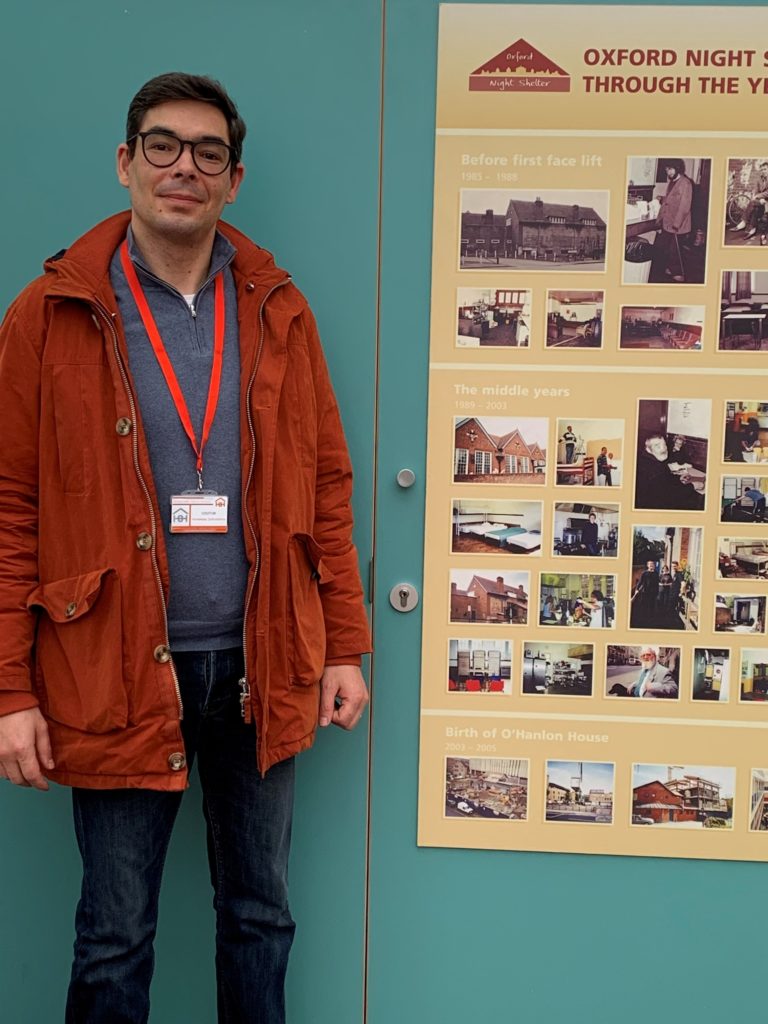 Eddy came to us for help in 2001 after he was unable to stay in the Night Shelter, due to his age at the time. As soon as Eddy turned 25, he sought shelter in our old single-story building, where he slept in a dorm.

At Homeless Oxfordshire, we want to end homelessness, not manage it. That’s why we work hard to support people out of homelessness for good. We provide a safe space to those that have found themselves homeless, with access to high quality one to one support and initiatives to give them control and independence. In this post, we discuss Eddy’s story.

Eddy came to us for help in 2001 after he was unable to stay in the Night Shelter, due to his age at the time. As soon as Eddy turned 25, he sought shelter in our old single-story building, where he slept in a dorm. Back then, our beginning was humble. In a shabby old school building, named Oxford Night Shelter, we provided overnight emergency accommodation to anyone that needed a warm bed and a roof over their head.

It was far from ideal. But we used what we had and gave it our all. We transformed classrooms into dormitories and provided everyone with food, washing facilities and as much support as possible. At night, Eddy remembered taking his shoes off and putting them in a pillowcase to keep them safe.

Eddy was sent to rehab near Blackpool. However, he found it very difficult as this was for predominantly ex-offenders. Eddy was asked to leave the rehab centre in Blackpool and he came back to Oxford, once again staying at the Night Shelter. He remembers watching tv in the main room and says that the old facility was nowhere near as good as what is offered now. Hesays our rooms are like hotel rooms now.

We supported Eddy and helped him into a new programme at Walton street for rehabilitation ,afterwards he moved on to London, where he completed the programme.

The most amazing part of this story is, using our support, his hard work and perseverance paid off. Eddy gained a new life and is now a teacher, living in a nice area of London. He teaches EFL and has been married for 5 years. Eddy is very grateful for the help and support he received and says he would have died without it. He will always be so pleased that he came to Homeless Oxfordshire.

We've been able to help people like Eddy who have become homeless this year with your support and many others still need your help...

Just £25 would enable us in this time of crisis to carry on providing stable, positive & safe accommodation, individual support, exercise, self-belief and calm emotions.

Help us to end homelessness not just manage it