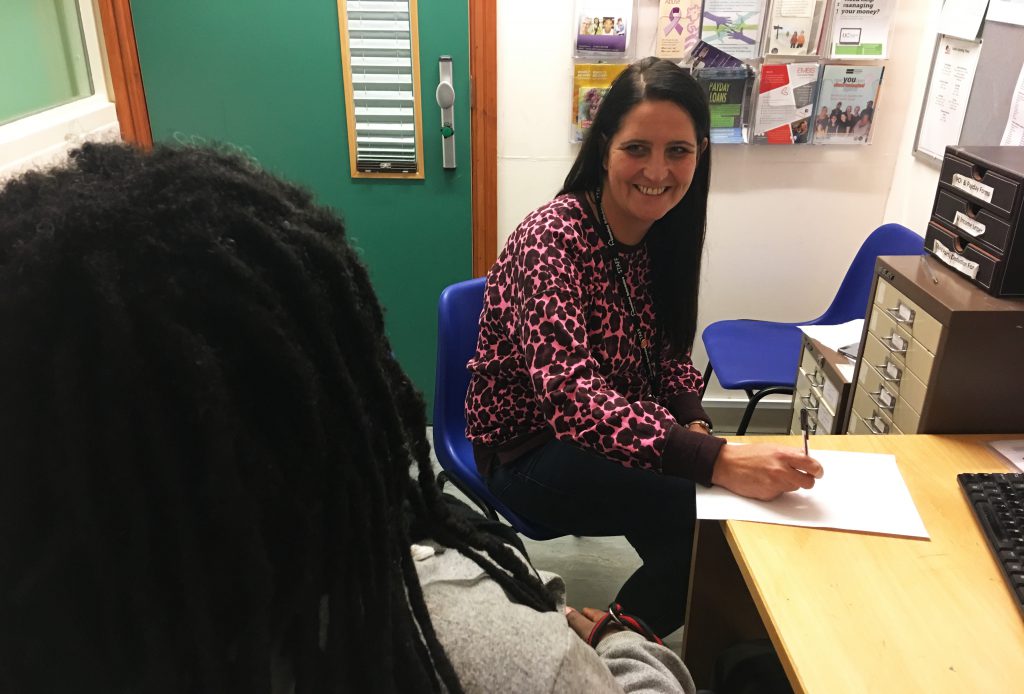 After her flat was taken over by a new landlord, Penny* couldn’t afford the increased rent. Struggling with her mental health after a divorce, Penny became homeless and started living on the streets. Since sharing her story, Penny has moved on to independent living.

“I’ve worked all my life and I’ve managed to live a fairly good life. I had my own flat and at one point I was married; I was doing all right. Then I became divorced and my mental health deteriorated.  I started struggling with life in general. I used all my savings for the divorce – that’s the tough thing. Divorce is very difficult. And because of my illness and the medication I started taking then, I found I could not work full-time. Whereas I used to work 2-3 jobs at a time, I had to reduce my hours to 30 a week.

I was still managing [to pay the rent] but my landlord died and somebody else took over the property. They said we were not paying market rate rent – which we weren’t because my landlord was very generous; he realised how bad the [housing] situation was for normal people. The new landlord increased the rent by £200 but my wages only went up by 20p an hour, so I could not afford to live in that property anymore. I became a lodger for a year and a half and then the lady wanted to sell the house. She only gave me two weeks to leave and I couldn’t find anywhere suitable or that I could afford to rent privately – so I became homeless.”

The first steps to getting off the streets

“I was sleeping rough outside Oxford train station for two weeks. Someone from Outreach [St Mungo’s] came to where I was sleeping and they took my details and then they told me about coming here [O’Hanlon House]. I’ve never been homeless before. Well not for a long time, I was sofa surfing when I was a teenager but that’s different. But to actually sleep on a pavement, this was my first time sleeping rough.

I came to O’Hanlon House when I was a Day Service user. And when I came here for the first time I was able to have a meal; an actual meal, I couldn’t believe it. I hadn’t been eating properly and I’d been depending on people giving me sandwiches and a bit of food. It was the first time I was actually able to eat a meal on a plate, with a knife and fork; I couldn’t believe it. I had some fruit, smoothies – it was brilliant. I could have a shower and I was able to wash my clothes. There’s computers as well, so I could go online and check my emails and connect with people that knew about me being homeless but who I hadn’t been able to connect with.”

“Then I was able to get a place on Sit Up, so I could actually sleep inside instead of sleeping outdoors. Sit Up is where they [Homeless Oxfordshire] don’t have beds because they’re full but they allow you to come in anyway and sleep on the floor or in a chair in one of the common rooms. So it’s not a bed but it’s so much better than being outside and safer as well – so it’s so much better than sleeping on a pavement. Even though you’re still sleeping on the floor, you get a duvet, you get pillows, so it was still so much better than a pavement for sure. And that was really, really good. Even just to sit down and watch the television, you know, a small thing like that. The World Cup was on as well so I was able to catch up on the matches.

I didn’t know this place existed until I was told about it, so if I was trying to make it on my own I don’t think I would have survived long on the streets. I now have a room here and it’s been good, steady good. I have had difficulties with my mental health and I had a relapse - that was quite bad. So around that time, when my mental health wasn’t good, I found it slightly difficult to interact with staff. But I think the staff are brilliant; they do a really good job and have been really helpful. Every time I need something they do their utmost to help. And when I was quite ill they kept checking on me and those little checks, they might not mean much to others, but to me it was really good knowing that someone is thinking about you.  They would come to my room and check if I’d had a meal; if I hadn’t eaten then they’d check if I’d at least had a drink and that was really, really amazing actually. They’ve been very good.”

Building hope for the future

“Things are progressing quite well now. The staff have helped me with things like benefits; there’s a lot of paperwork, appointments, assessments. They’ve helped with basic things I just would not have been able to do by myself; like filling in a lot of online forms as well. And now I’m in a place where I’m getting all the help that I’m entitled to – I’m waiting to move on to a flat in the next 3-4 weeks, so I’m really pleased about that. Moving on to a flat also might just get me my life back.

I’ve had to put my job on hold for a while as I’m trying to settle down, so I’m looking forward to going back to work because it helps with my mental health as well. And, you know, things that become very difficult when you become homeless, they seem almost impossible and the staff here have been brilliant in helping me tackle them step by step; one thing at a time. I’m in a good place now, I’m feeling hopeful again that life might get better.

There is a lot of stigma attached to being homeless and someone might feel they don’t want anyone to know, but that’s the worst thing; because if nobody knows then nobody can help you.  So just tell someone. Tell the people who have been doing this for a long time - they know what they’re doing.

Anyone could become homeless. My friends, when they realised I’d become homeless, were very supportive and a lot of them said 'You know, most people are only a wage cheque away from being homeless'. And that is the reality today.”

Will you support someone like Penny on their journey out of homelessness?

*We have changed our client's name to protect her identity

Posted in Homeless Oxfordshire News, News
← Running the Oxford HalfWhy should you volunteer? →