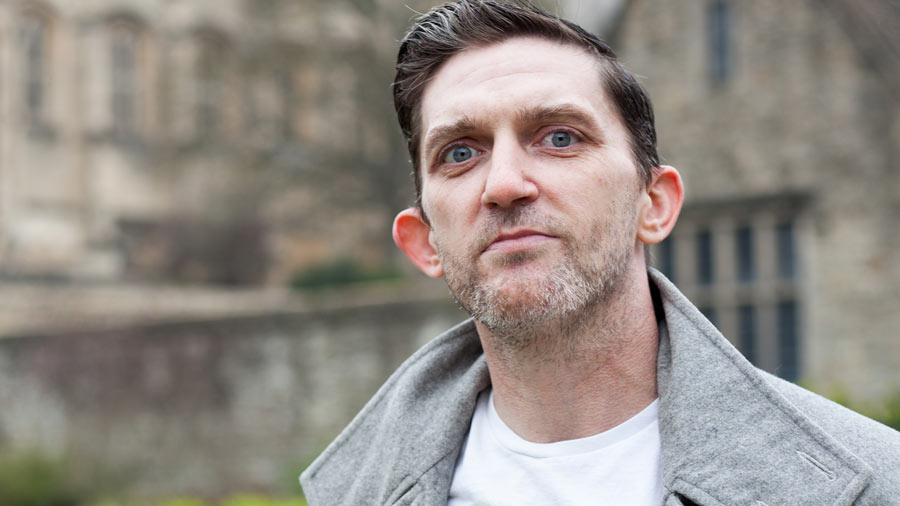 How did you end up homeless?

I’ve always been getting in to trouble unfortunately, been getting in and out of prison since I was 15. I’d go to prison, then when I’d get out I’d stay with family, or sofa surf round friends flats. I’m 39 now, so this pattern has been going on for years.

I was married, and I lived with my wife for a while. Sadly, that all came to end when whilst I was in prison she began using drugs again, so once I was released I also relapsed. Through crime, we lost our house, and the kids were taken away from us.

My mum didn’t want me to be anywhere near her house because of all the crime and drugs. My family and friends were done with me, and my wife was in prison, so I found myself on the streets.

Luckily, the outreach team found and verified me and I managed to get a place here at O’Hanlon house just before Christmas. Some people look down on the shelter and hostels, but for me this place has calmed me down and has given me stability.

How did it feel to become homeless?

I’ve had problems with depression and anxiety for a long time. Finding myself on the streets just absolutely destroyed me.

I’d been doing it for a few days, but it all suddenly dawned on me what I was doing: homeless, on the streets, in a sleeping bag, with a drug problem, begging.

It absolutely broke me and I was sat there just in tears, sobbing my heart out. I didn’t know what do. That was rock bottom for me and it made me think ‘do you know what, I’m changing this’.

What was your time at O’Hanlon house like? What helped you get back on your feet?

It’s been an absolute Godsend. Before I came to here, my life was in complete chaos. It was only a matter of time before I would have ended up back in prison, or dead.

Coming to O’Hanlon house and getting a room here is just calmed me down so much. I’ve managed to get a methadone prescription, I’ve got somewhere stable to live, I’m not spending my benefit payments on drugs and I’ve focused on making my room look nice.

I just keep myself to myself really, then I go out and go to my support groups. The staff here have been really encouraging. Sometimes it’s just the little confidence boost that they give me, letting me know I’m doing better and actually seeing that I’m really trying and that they are believing in me.

I would have thought that I was better than them. But now, I see that anyone can end up in that situation. I wouldn’t have thought a few years before all this that I would have ended up begging on the streets and rough sleeping. It’s all really changed my opinion on it.

What are your plans for the future?

I’m taking things quite slow. I’ve got move on options, and me and my project worker Glen have been discussing maybe moving to a project 41 shared house.

I’m trying to sort out my benefits situation at the moment, my health and also paying off some rent arrears I’ve accumulated over the years. I would like my own place one day, though I know I’m not going to get my own place straight away, and that it’s a process of moving through the different steps.

I also want to be able to be in a position to focus on getting back into honest work again soon, so I can earn money and meet new people. I’d also like to volunteer.

Would you recommend Homeless Oxfordshire services to people that may be in similar difficulties as you once were?

People I’ve seen in town have asked me where I am now, and how they can get in O’Hanlon house too. So I’ve explained the process to them and hope they can get help too.

I’ve told them that the foods nice, the people are nice, and it’s just what you make of it. If you want to sit around on the streets getting drunk and taking drugs, than that’s up to you isn’t it? But there’s so much help available down here that I just tell people to come and take advantage of it and to sort their lives out.

I think some people are surprised to be honest. When I first got in to O’Hanlon house I said to people “Watch how I change now, I’m gonna start sorting stuff out.” And you they just said “Oh yeah yeah whatever”.

And I have actually done that, I am sorting my stuff out, and people are quite surprised. I hope that it might inspire them a bit, because If I can do it, anyone can.